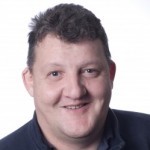 Prof. Millar is a Professor within the School of Mechanical, Medical and Process Engineering at QUT. His main research focus is to work on technologies relevant to the Cleantech sector.  In particular, Prof. Millar large research team concentrates on industry problems such as those in the burgeoning coal seam gas industry, water purification, mining and industrial chemical sectors. Invariably, each project has an industrial associate who guides us to the research needs.  For example, Santos GLNG are a strong supporter of our coal seam gas research activities.  To meet the challenge of being part of a “University for the Real World” he not only have excellent bench scale testing facilities but also several pilot plants for the treatment of water.  For example, presently Prof. Millar are operating a 100,000 L per day ion exchange facility; a 500 L per day membrane distillation unit; a 100 L plasma reactor; a solar still; a 25,000 L per day heavy metal removals demonstration plant. 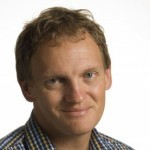 A/Prof Will is an Associate Professor within the School of Mechanical, Medical and Process Engineering at QUT. His research interests are in corrosion and the electrochemical monitoring of corrosion reactions in industrial settings: Study the electrochemical properties of novel chemical compounds containing radical centres. He therefore attempts to correlate the electrochemical properties directing with biological activity of the free radicals to direct future synthesis of molecules. Transmembranal electron transfer facilitated forward (donor to acceptor) but inhibited the back electron transfer from the reduced acceptor to the oxidised donor. The separated charge produced mimics natural photosynthetic systems and is a step towards viable water splitting devices. The devices developed to utilise the intrinsic substrate formed by a condensed phase component allowing for macroscopic control of a molecular scale system.  The applications of these linked molecular and condensed phase systems to molecular devices, molecular machines, electro/photochromic filters, windows and mirrors. 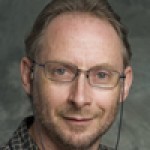 Richard Brown is a Professor in the School of Mechanical, Medical and Process Engineering at QUT, Director of the Biofuel Engine Research Facility and leader of the Environmental Fluid Mechanics Group. His disciplines of expertise are Thermodynamics and Fluid Mechanics, which are commonly referred to as Thermofluids because of their close relationship in many Engineering applications. Richard’s research interests include applied thermodynamics, internal combustion engines, renewable/alternative energy, smog formation, emissions/dispersion, environmental fluid mechanics. He leads an active research group consisting of postdocs, Research Fellows, Early- Mid- Career Academics and around half a dozen PhD students.  To support the work of this group, in 2008 QUT opened the Biofuel Engine Research Facility (BERF) which was conceived as a result of his initiative and leadership. Through the work of this facility and related achievements his research funding exceeds $2.4 M in grants (over 50 % of which he is First Chief Investigator)  – Richard has gained national and international recognition and significantly contributed to the development of QUT’s research culture. 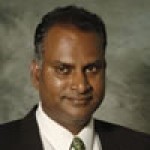 Prof. Prasad Yarlagadda is a Professor within the School of Mechanical, Medical and Process Engineering at QUT. He has several research areas including Rapid Prototype Manufacturing and Rapid Tooling, Permanent Scaffolds for Tissue Engineering, Control Systems for Weld Process Automation, Solar Energy and Its Impact for Manufacturing Applications, Product Data Modelling and Engineering Knowledge Management, Antibacterial Impact Assessment of Nano-pillar Surfaces on Titanium Implants, Improving Productivity and Efficiency of Australian Airports – A Real Time Analytics and Statistical Approach, Investigation of the Atherosclerotic Plaque Progression and Rupture using Image based Bio-mechanical Modelling and Simulation and Fault Diagnosis/Prognosis – A Distributed Model-Based Approach for Safety-Critical Reactive Systems. Prof. Prasad Yarlagadda has received over $3 M in research funding since 1998. 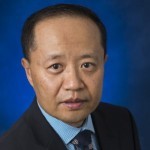 Prof. Yan is a Professor in the School of Mechanical, Medical and Process Engineering at QUT. Prof. Yan and his team are conducting the research in composites and advanced materials interface, energy storage materials, biomaterials and biomechanics, mechanical characterization and numerical simulation. Prof. Yan has received A$9 million research funds, including 18 grants from Australian Research Council (ARC) 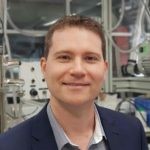 Dr Tom Rainey is a Senior Lecturer within the School of Mechanical, Medical and Process Engineering at QUT and coordinator of the Chemical Process Engineering course at QUT. His research areas are process engineering and energy relating to biomass: cellulose nanofiber materials, advanced filtration problems, process modelling and financial valuation (technoeconomic assessment), pulp and paper- all areas: specialising in sugarcane bagasse, paper formation and property testing, pyrolysis and HTL biocrudes and biomass processing technology. He is a winner of The Caltex Award for excellence in chemical engineering education and the Sugar Research Development Corporation Award. 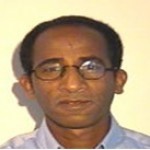 Dr Tuquabo Tesfamichael is a Senior Lecturer in the School of Mechanical, Medical & Process Engineering at QUT. His research interests are: Thin film technology, nanostructured materials and nanotechnology, metal oxide thin film gas sensors, perovskite solar cells, ReRAM and atmospheric plasma deposition. In the last 10 years, he has over $600,000 in research grants and awards. He published over 40 research journal articles with over 380 citations and i10-index 16 (or h-index 13) 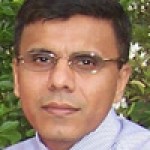 A/Prof Karim is an Associate Professor of the School of Mechanical, Medical and Process Engineering at QUT. His research is directed towards solving acute food industry problems by advanced multiscale and multiphase food drying models of cellular water using theoretical/computational and experimental methodologies. He is also a leader in innovative application of ‘Lean Manufacturing’ concepts in hospital emergency departments to reduce long waiting times and optimize resources. Currently he is leading research projects with two local (RBWH and RCH) and two international hospitals. A/Prof Karim has authored over 184 peer-reviewed articles, including 95 high quality Journal Papers, four books and 13 book chapters. His papers have attracted more than 3000 citations with h-index of 29. He is the editor/board member of six reputed journals including Drying Technology and Nature Scientific Reports. He has been awarded 16 research grants amounting A$3.2 million and won multiple international awards for his outstanding contributions in multidisciplinary fields.